Keep your Dog safe this Christmas!

Christmas is the time to indulge, celebrate and have fun – and as part of the family, our dogs will normally be enjoying some of the action too.

But the festive season also presents a world of hidden dangers to our four-legged friends, from toxic foods to dangerous seasonal plants.
To ensure your dog remains safe this Christmas, with the help of Blue Cross, I have compiled a comprehensive list to ensure you’re in the know about what dangers to keep your dogs away from during the festive season.

The chemical theobromine, which is a bit like caffeine, is found in chocolate and is toxic to dogs. Even small amounts can cause agitation, hyperexcitability, tremors, convulsions and problems with the heart. The darker the chocolate, the more potent levels of theobromine become – with baker’s chocolate the most dangerous. Chocolate should be avoided at all costs. But what do you do if your dog does eat chocolate? Even small amounts have the potential to make them feel sick, but veterinary treatment should be sought for any dog ingesting more than 20 mg/kg of theobromine – that’s equivalent to 3.5 g/kg of plain or dark chocolate and 14 g/kg milk chocolate. White chocolate does not contain enough theobromine to cause toxicity, but it can be fatty and pose a potential risk of pancreatitis.  Avoid putting any chocolate on or under the Christmas tree, as the temptation might be too great for our four legged friends. 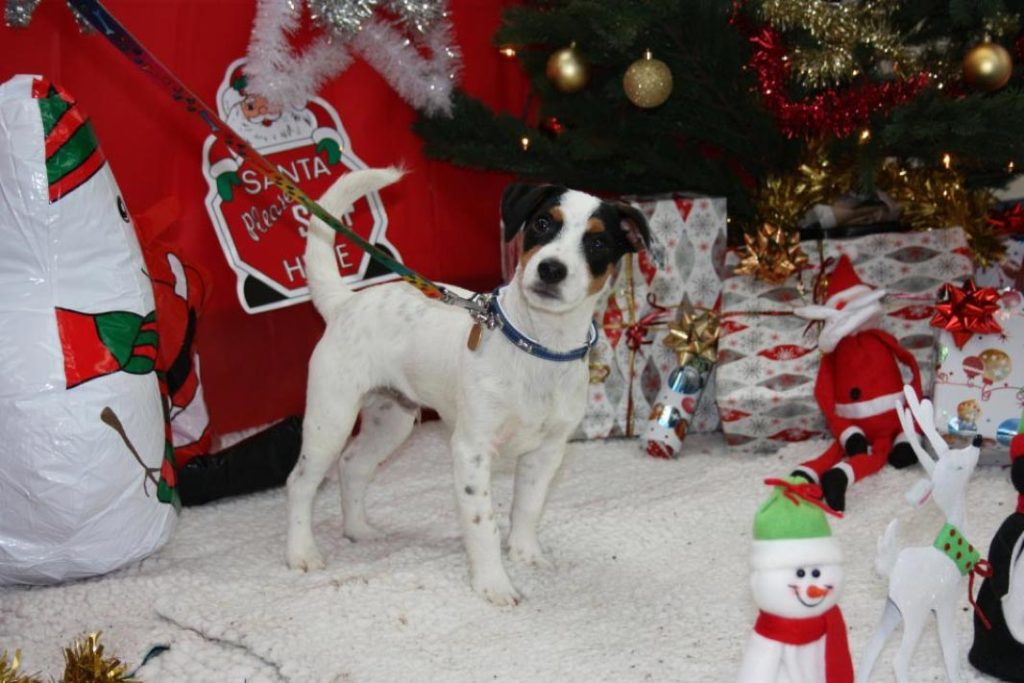 Christmas pudding and mince pies:
Grapes and dried vine fruits (currants, sultanas, raisins)
Grapes and their dried products (currants, sultanas and raisins) are toxic to dogs. Ingestion of even a small quantity can cause severe kidney failure. Don’t forget this will include food items that contain dried fruits such as Christmas pudding and mince pies. Be aware that chocolate-coated raisins run the additional risk of chocolate toxicity.

Alcohol
Alcohol can have a similar effect in dogs as it does in their owners when drunk in excess. They can become wobbly and drowsy and in severe cases, there is a risk of low body temperature, low blood sugar and coma. Dogs may help themselves to any unattended alcohol left lying around over Christmas, so ensure it’s always out of their reach.

If there is any food left over at Christmas, be careful to dispose of it well and keep it out of the reach of your four-legged friend. Not only may the food include ingredients toxic to dogs, mould in leftovers (including yoghurt, bread and cheese) can produce toxins that cause rapid onset convulsions in dogs.

A sugar-free sweetener called xylitol is often found in the sweets we consume over Christmas, as well as chewing gums, mouthwashes, toothpastes and supplements. It is poisonous to dogs and, although the amounts in different products vary, event one to two pieces of chewing gum can cause toxic effects in a small dog. It can induce the release of insulin in the body, resulting in low blood sugar and sometimes liver damage. Signs of poisoning can be rapid or delayed, and include vomiting, lethargy, convulsions and comas. The prognosis is good if the low blood sugar is treated quickly.

Which Christmas leftovers can I give my dog?

Providing your dog is healthy and is not allergic to the following foods, these are safe to give them a titbit of at Christmas:
• Turkey meat (no skin or bones)
• Salmon (fillets or cooked in spring water are preferable to smoked salmon)
• Lamb meat (no bones)
• Scrambled egg
• Green beans
• Brussel sprouts
• Parsnips
• Carrot
• Peas
• Swede
• Mash potato (best without additional butter)
• New potatoes
• Sweet potatoes
• Yogurt (but check the ingredients and don’t feed if xylitol is listed as this is toxic to dogs)

Remember, giving your dog lots of new food can cause vomiting and diarrhoea!

Poinsettia
Although toxicity of the poinsettia has often been exaggerated, it can cause irritation to the mouth and stomach with overproduction of saliva and sometimes vomiting.

Holly
The plant is considered to be of low toxicity, but ingestion of holly berries may result in a stomach upset.

Mistletoe
Ingestion of European mistletoe berries may result in an upset stomach. The American species of the plant is far more dangerous.

Christmas trees
A mild stomach upset can be caused if dogs eat pine needles, but the sharp tips can cause more damage internally.

Ivy
The ivy that tends to be used in wreaths and decorations is Hedera helix (not Toxicodendron radicans, the American poison ivy). But the Hedera species can still cause a tummy upset when ingested. Where there is significant or prolonged skin contact, Hedera species can also cause both irritant and allergic contact dermatitis.

Silica gel
Silica gel comes in small sachets and is often found in the packaging of new shoes, handbags, cameras or electrical equipment which we unwrap over Christmas. Although it is labelled “Do not Eat” it is considered to be of low toxicity.

Christmas decorations
Decorations made of plastic, paper or foil are of low toxicity although may obstruct the stomach. Glass decorations could pose a risk if chewed or swallowed.

Wrapping or crepe paper
Ingestion may cause staining in the mouth which may look alarming, but the toxicity is considered to be low. But if your dog eats a large amount, it may cause an obstruction to the stomach.

Although candles, even scented ones, are considered to be of low toxicity, ingestion could potentially block the intestine or cause choking.

Potpourri
When eaten, potpourri can cause significant gastrointestinal effects in dogs. These may last several days even after the material has passed through the gut.

Cigarettes
Nicotine is toxic to dogs, and cigarette butts are especially dangerous – so it’s important not to leave any ashtrays in reach of dogs over Christmas, or dropped on the floor where they may eat them. Nicotine replacement patches and e-cigarette refills can also pose a risk. Symptoms of poisoning include vomiting, excess saliva and hypertension. 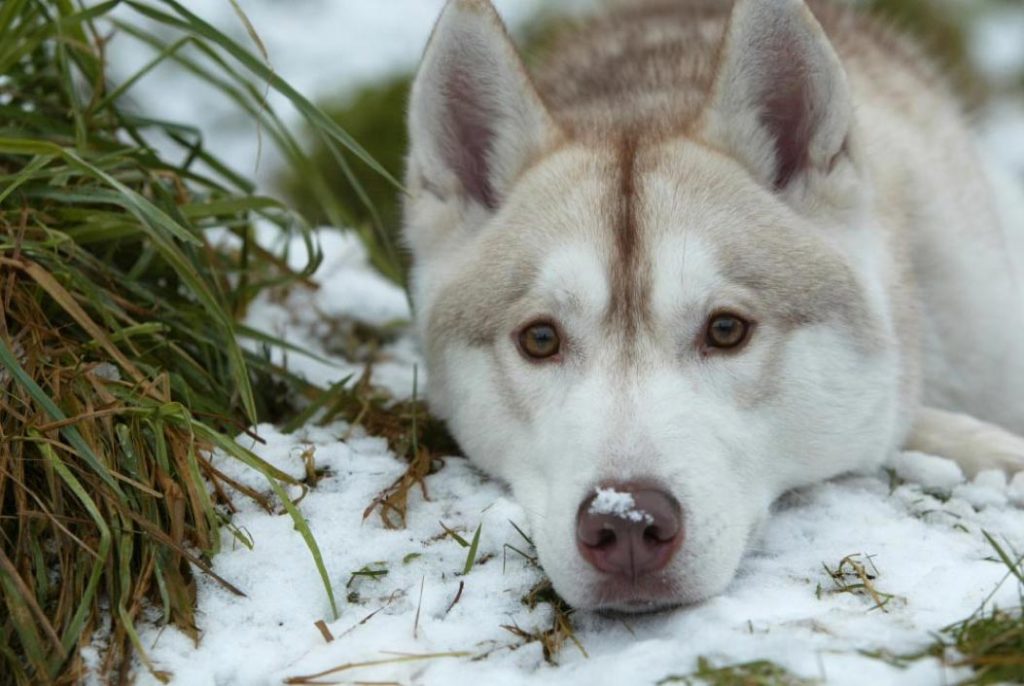